As we predicted immediately after the news that rocked the world that Apple was dropping the headphone jack, the world of headphones is getting quite interesting. With a fragmented connector type market and new advances in “smart headphone” technology there are an every increasing dazzling variety of new headphones to review.

Well, tech startup Vinci, which in Italian translates roughly to “win”, although we can’t say with certainty that is the motive behind the brand name, the headphones this young startup is producing are nothing short of stellar and definitely position the brand to “win” the future of the emerging smart headphone market.

Vinci 1.5 On Ear Are Apple Watches for Your Ears

What is the Vinci 1.5? Well, simply put, it is the world’s first completely stand alone pair of smart headphones. Where all other headphones need to connect to a music player or smartphone via a cable (like the new breed of lightning-cable headphones) or via unreliable and low quality Bluetooth. 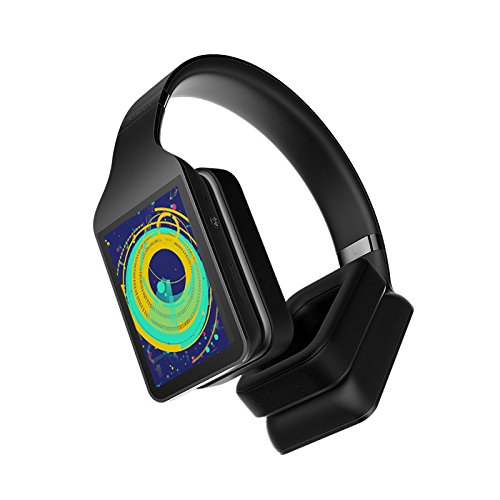 It seems like everyone is putting their money on Bluetooth, Apple with their Airpods and other hifi companies betting on the tech as well. While there are some killer Bluetooth options out there, they still have weaknesses like limited volume levels, limited audio quality and limited battery life. Well, with there on-ear 1.5 model Vinci completely breaks the mold by offering a completely standalone pair of headphones. Each pair of headphones has its own processor, can connect to 3G/WiFi networks, have 16GB of internal storage, are Bluetooth capable AND can run Spotify or connect with Amazon’s Alex natively.

The 1.5 also provide completely immersive 3D listening experiences, which recreate natural sounding 3D audio that sounds like it’s coming from all around you, similar to the experience of watching a movie at a movie theater with thousand dollar speaker systems.

These killer set of cans also come with built in activity tracking, with a built in GPS system to track pace, distance, location and to sync with fitness apps. They can also connect to the cloud, have true HiFi sound quality courtesy of a HQ DAC and 40mm Beryllium drivers, active noise cancelling (like Bose), and a 135omAh lithium polymer battery that provides 15 hours of continuous play. Essentially, the 1.5 Vinci cans are like having two big Apple watches attached to hifi speakers that you strap to your head. Pretty neat huh? Yeah, they’re neat. That’s why the 1.5’s were born on Kickstarter, where they shattered records by raising a whopping $1,297, 177. Yeah.. pretty successful.

Well, building off the initial success of the 1.5 Vinci has now released the 2.0, a much more slim, more active-lifestyle-friendly in-ear model that’s just as smart as the bigger 1.5’s.

The Vinci 2.0: Everything You Love About the 1.5 But Smaller and Smarter

Well, “smarter” is a relative term, but the new around-the-neck slim form factor of the in-ear 2.0’s definitely bring some new smarts to the game that the 1.5s don’t have.

These include things like a built-in heart rate monitor (cleverly positioned on the back of the neckband that rests against your skin), built-in GPS and altimeter, and built-in smart coaching functions.

The real differentiator between the 2.0’s and the 1.5’s is the 2.0’s slim form factor. These things were specifically designed for people on the go and for use in the gym.

The behind-the-neck form factor has proven itself the go-to shape for all athletic headphones to date, and at just 86 grams, the 2.0’s are one of the lightest on the market.

Complete with the headset come a charging cable, customizable gel ear tips, with finned “stay-in-place” varieties offered as well for use in intense gym sessions.

Like the 1.5’s the 2.0’s also feature a fully HiFi immersive 3D listening experience and active noise cancellation to help you get focused and dialed in during workouts. The sound cancellation can be tuned up or down, depending on your surrounding environment, much like the Libratone Adapts we reviewed earlier in the year. Oh, did we mention they have motion/gesture control as well? So instead of having to lug your phablet and headphones to the gym you only need to bring your headphones, since they are in themselves a stand alone computer.

Then, to change songs you don’t have to push any buttons, just gesture with your hands by the earbuds and you can seamlessly switch between songs without interrupting your workout. The Vinci 2.0’s are not yet shipped but you can get your pre-order in now directly from Vinci’s official website.

The Vinci 2.0’s are an evolution of the 1.5’s in every sense of the term and a must have for tech-minded active individuals. If you’re not a big gym enthusiast though then the 1.5’s might be more up your alley.

Let us know, which model gets your “shut up and take my money!” vote?