How To Make Wired Headphones Wireless With Bluetooth Transmitters

Whether you have already dropped a big pile of cash on your expensive earphones or you just don’t like any of the Lightning connected options currently on market, getting a Bluetooh headphone adapter helps you bridge the awkward transition time between headphone jack iPhones and the headphone jack-less iPhone 7.

What is a bluetooth headphone adaptor exactly?

Well, they are little, dare we say “tiny” devices that you plug your cabled headphones into which connect wirelessly to your iPhone or MP3 player, essentially turning any cabled set of headphones into functional bluetooth headphones.

Wireless bluetooth transmitters are essentially cost-effective hacks for turning out-dated cabled headsets into newly fandangled wireless headphones, which allows them to be used with new iPhone models like the iPhone X which do NOT have traditional headphone jacks.

Still, not everything is peachy in the world of Bluetooth..

There’s a reason Bluetooth has been around for a while but you don’t see everyone walking around with Bluetooth headphones.

First, there’s the issue of power. Bluetooth requires energy, whereas traditional headphones require much much less power, almost none. Additionally most Bluetooth headsets also need to be charged themselves. So in essence you go from charging just one device to charging two.

The second big drawback regarding Bluetooth is the audio quality itself. The audio spectrum for Bluetooth isn’t great and not self-respecting audiophile uses Bluetooth for their listening experience. This article pretty much summarizes the downsides of current Bluetooth experiences.

If you’re not an audiophile, and let’s face it, 90% of people reading this aren’t, then maybe the huge convenience factor that Bluetooth offers may be enough to pull you into the new technology.

Seriously, not having to worry about a cable or untangling your headphones, or being able to workout or jog without any hassle is pretty tempting right?

There are quite a few fantastic options out there now that combine convenient form factors, sleek design and mobile functionality all in one:

The small form factor and freedom Bluetooth offers is it’s biggest selling point. The technology is constantly evolving too so it may just be a matter of time before audio quality advances enough to match the freedom factor.

The Verge did a very good little overview on the many ups and downs of Bluetooth headphones. It’s a short little video and misses the reason you may be looking for one or the other, but it does a good job summarizing the advantages and disadvantages.

As we mentioned, there are some definite pros and cons when it comes to making the decision and a lot of it seems to come down to how much you care about audio quality vs the convenience of freedom of movement. You decide and let us know in the comments below!

The Antec AMP Smart Bean has been on the market for a while now, so the tech is trusted and the brand is reliable. Long before Apple decided to drop the headphone jack Antec was making these nifty little Bluetooth receiver audio adapters for people who wanted to turn their wired headsets or earbuds into wireless headsets/earbuds. The Antech AMP is very compact, all black and can clip on to just about anything. It has the standard play/pause, forward/backwards, volume up/down and mic features you demand from any Bluetooth device. 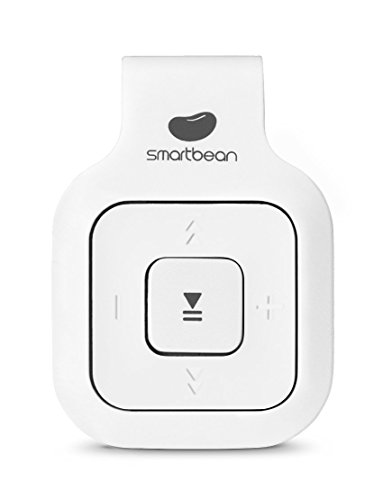 The little bugger only weighs about 1.8 ounces in total, so when it’s clipped to you you don’t even notice. It has a built-in lithium ion batter that can hold a charge for 6-8 hours allowing for simple audio sharing between headphones and your smartphone OR from your smartphone to your car or portable Bluetooth speaker.

Given that the Antec AMP can receive music from up to 30 feet away and has a solid omni-directional microphone for fielding calls on the go, we think its a very worthy contender if you’re looking for an adapter to help you go wireless.

The FiiO μBTR HiFi Bluetooth Wireless Receiver with aptX/AAC/SBC Support is one of the more “high-end” options out there if you are looking to turn your wired headphones wireless.

It is a bit bulky compared to some of the other options out there but what it lacks in form factor it makes up for in audio quality. 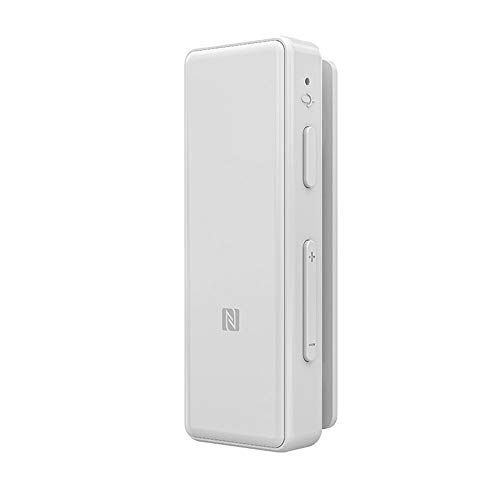 The FiiO μBTR (yeah don’t ask us how to pronounce that..) uses a very premium Qualcomm CSR8645 Bluetooth chip and quality built-in amplifier that goes by the sexy name of TI TPA6132A2 from Texas Instruments.

This is the audiophiles champ as it supports aptX, SBC, and AAC audio codecs, has a USB-C charger which charges fully in an hour and provides 9hrs of wireless playback.

Oh and this adapter also supports Siri, so even though it features NFC pairing as a primary feature, this will definitely work well with Apple products as well. Starting at just $19.99 for the base model and going up to $59.99 for the more premium version this is the option to consider if audio quality is of paramount importance for you.

The Griffin iTrip Clip has received a lot of hype recently, with stories featured on Pocket-lint, The Verge, Macrumors, Business Insider, and Macworld. Talk about being popular!

It’s odd too because at the time of publication, the Griffin iTrip Clip isn’t even available for purchase yet, according to the official Griffin Technology website. What we do know however is this little bad boy is small, black, light and clips on to things similar to the Antec AMP.

We know it uses Bluetooth 4.1, works with any standard earbud/headphones with a 3.5mm plug, works with Siri, Google Now and other apps, has a range of 30ft like the above adapters, gets 6 hours of playback time from it’s lithium ion battery, and weighs only .05 ounces, making it the lightest unit on this list! 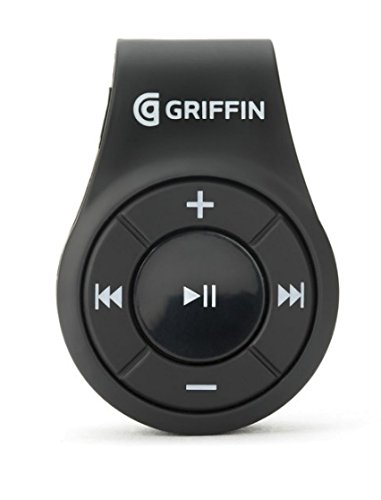 One other cool feature Griffin advertises is a lifetime warranty, which is great given it’s a tiny little electronic device and has a built in li-ion battery.

We all know how over time batteries lose their ability to hold a charge, so being able to swap it for a new unit later on down the road under warranty is a HUGE perk and makes the Griffin iTrip Clip our number one choice for the best Bluetooth adapter on the market.